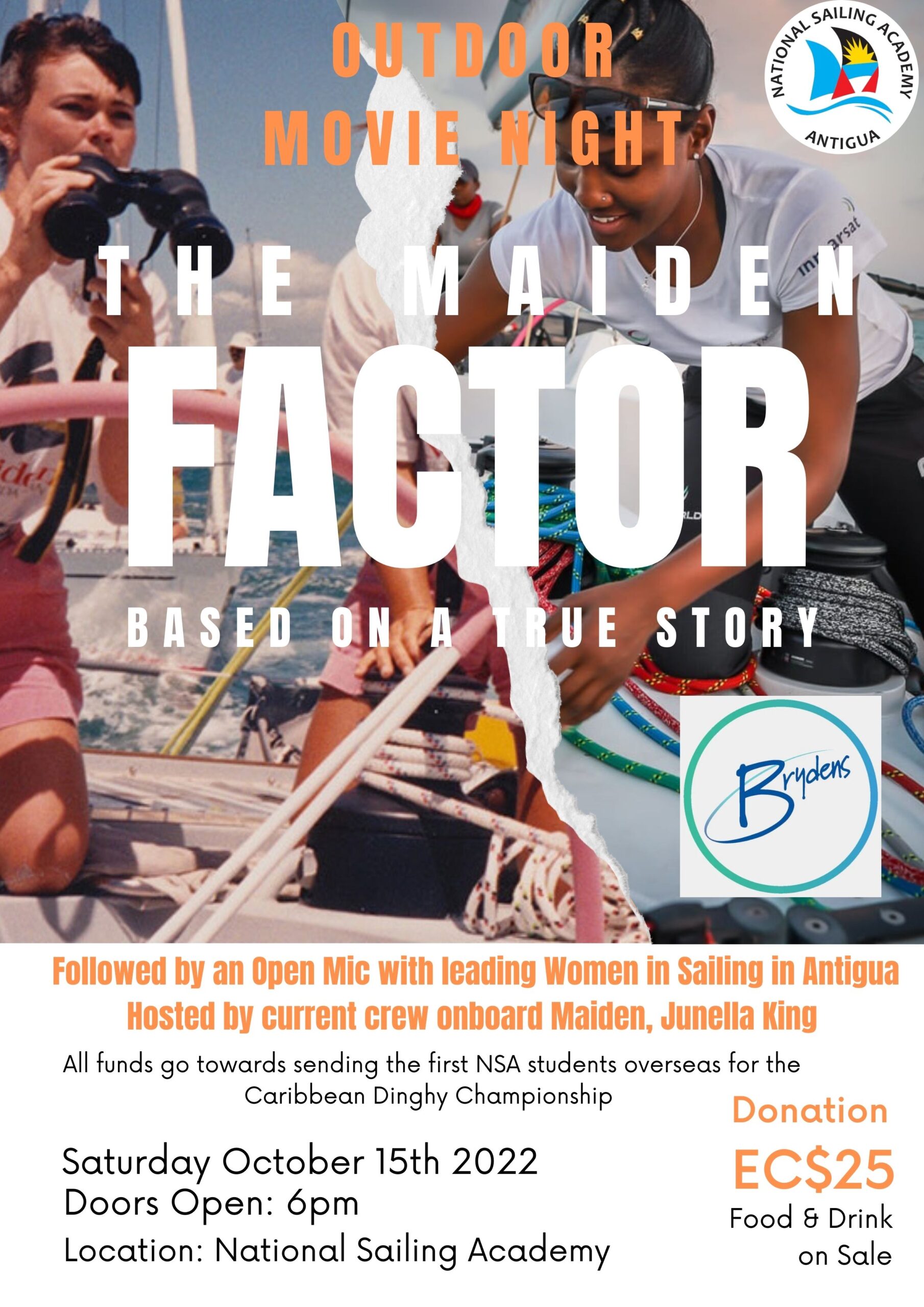 Former National Sailing Instructor Junella King is working as a crew member on board Farr 58 Maiden, owned by the Maiden Factor Foundation. The boat is sailing around the world with the sole purpose of working with, raising funds for and supporting communities to enable girls into education and empower and support them to remain throughout their teenage years to reach their full potential and create better futures for all.

Junella is currently back in Antigua to train with Team Antigua in readiness for the Star Sailors League Regatta taking place in Bahrain at the end of October. She is inviting everyone to attend an Open Air Film night at the National Sailing Academy to watch the iconic film Maiden.

The film chronicles the journey of Tracy Edwards MBE, who became the first all-women skipper to race an all womens’ team in the 1989-90 Whitbread Round the World Race, winning two legs and coming second overall. The campaign opened the door to competitive female sailing.

Following the film viewing, Junella and other leading women in sailing will have an open mic and questions and answers session discussing some of the highs and lows of the sport from their perspective.

Of the evening Junella says, ‘I really want to help give back to the NSA. We are raising funds to assist the first NSA sailors selected to represent Antigua overseas for the Caribbean Dinghy Championship in St. Maarten later in October.  I hope the evening will be both entertaining and inspiring for everyone about the sport and what it can do for you personally.”

Junella will be joined by fourteen-year-old Emily Gilliard, Island Girl Samara Emmanuel and three women  each with twenty years or longer experience in the industry, Lorna Saunders, Carol Archer and Helen Spooner.

The Open Air Film night will take place on Saturday 15th October at the National Sailing Academy. Doors open at 6 pm and the suggested donation is EC$25, although donations of any size will be very welcome. A prosecco and wine bar presented by Brydens Antigua will be open with other drinks and food on sale at Island Fusion Restaurant.

The National Sailing is excited to announce its new Kayak Club. Starting from Monday 28th November 2022, this club will be held every Monday from 4:30 pm - 5:30 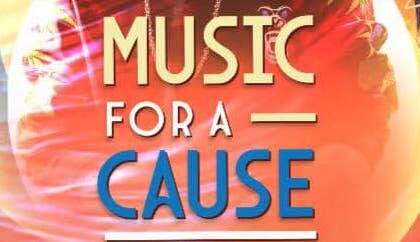 Music For a Cause

Music for a Cause is taking place at Government House in town. Headline act Farmer Nappy along with Daina Barnes, Kutting Edge Band and more.  We have tickets for 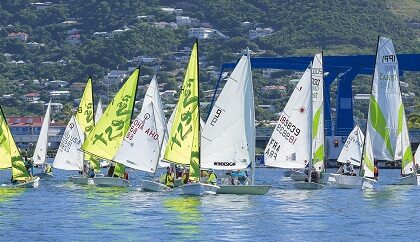 Antigua Wins the National Cup During the 2022 Caribbean Dinghy Championship.

The NSA was delighted to have the first 4 students ever to qualify to be part of an overseas delegation to travel as Team Antigua to the  Caribbean Dinghy Championships.