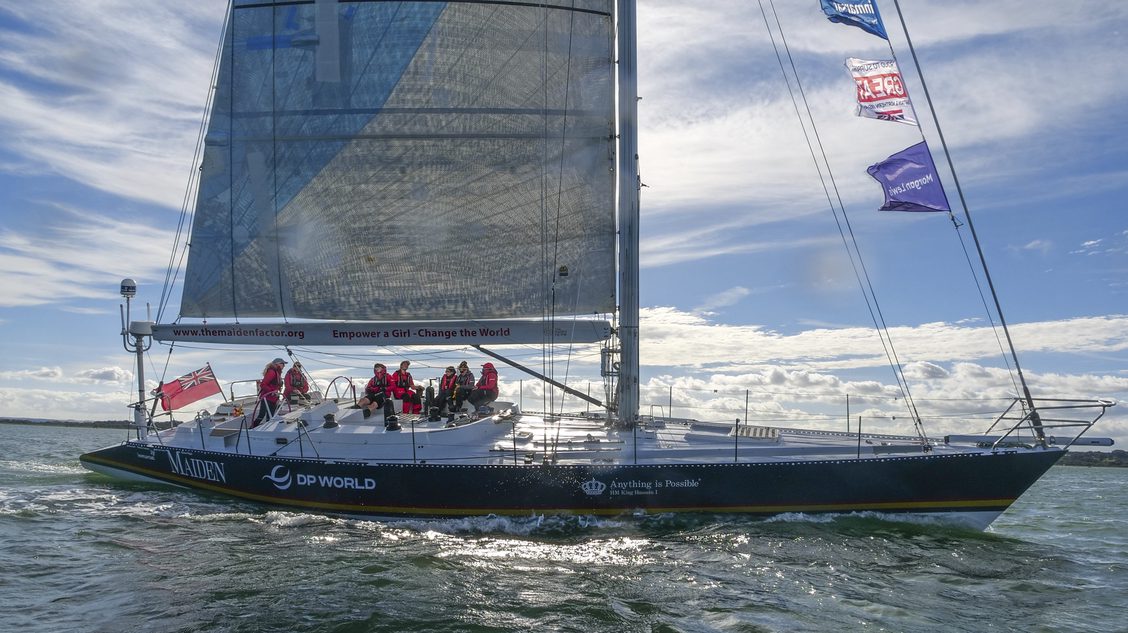 It has been announced today that two past students and RYA Sailing Instructors from the National Sailing Academy (NSA) will be joining the crew of 58ft Farr designed Maiden. Maiden is about to embark on a 90,000 nautical mile tour over the next three years visiting upwards of 60 destinations in over 40 countries.

Maiden is the boat owned by Tracy Edward’s MBE who led the first all-female Whitbread Round the World Race in 1989/90. Maiden Factor, a non-profit with the goal of empowerment of girls through education; inspiring women and girls all over the world; raising funds for girls’ educational programmes around the world, and showing, by example, what girls can achieve if they embrace STEM subjects.

Alesea Charles and Junella King were both students at All Saints Secondary School. Junella began sailing lessons in 2015 and Alesea in 2017, both as part of the NSA School Programme. In 2019, having already qualified as RYA Dinghy Instructors, they travelled together to the UK as part of a training programme, funded by the Mill Reef Fund, to take their RYA Day Skipper licenses.

Junella went on to work as an instructor at the National Sailing Academy and dock girl at the Antigua Yacht Club Marina and has just spent six months race training with owner of Arethusa, Philip Lotz, for the IC37 North American Championships along with a group of young Antiguan sailors and is also part of the newly formed Antigua Star Sailors League team who just competed in Switzerland.

The Maiden campaign originally began in 2018 and at the time Junella was too young to join the team. With a temporary hold put on the campaign due to the pandemic, once a restart was planned, Tracy Edwardes MBE reached out to Junella to see if she was interested in joining the new crew. Initially, due to her commitments with the Star Sailors League, she didn’t think she would be able to do it and recommended classmate and fellow sailor Alesea.

Alesea having worked in the watersports department at Curtain Bluff Hotel, joined the NSA as dinghy instructor when Junella’s departure created a vacancy. Alesea was immediately excited about the opportunity and following her interview was offered a role on board for three months and then even more delighted when it became clear Junella would also be able to join the crew.

In asking the young women about their new roles Alesea said, ‘We remember at school when we started to learn to sail saying to each other , One day we will sail around the world together. And now we are. It’s a dream come true!’.

President of the National Sailing Academy, Elizabeth Jordan, says of their appointments, ‘This is a fantastic day for the National Sailing Academy and is fulfilling what we set out to do when we created the Academy. Teaching young Antiguans a skill which could lead to a career in yachting. To know that they are about to embark on a world tour with such a high profile campaign is more than I ever could have wished for. I hope they inspire many more young women (and men) in Antigua to consider sailing as a recreation, career or sporting option.’

Alesea is already in the UK and Junella joins the boat later this month before the boat makes its first stop in Dubai.

You can follow their progress at www.themaidenfactor.org. We look forward to Maiden making a stop in Antigua. 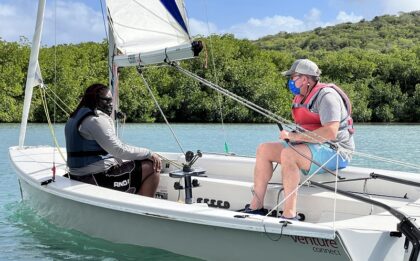 The January Rundown at the NSA

As the New School year begins so does the school year at the National Sailing Academy. The strapline is "Inclusive Sailing" and that really does mean all ages, all genders,

We've done a Round Up of the 2021 activity here at the Sailing Academy. Click the link for list activity. https://mailchi.mp/3bd18dd62db6/national-sailing-academy-2021-round-up?e=eff75a0a74 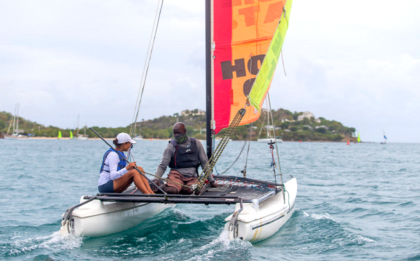 Today marks a significant day at the National Sailing Academy, where three students are celebrating completing their Multihull instructor endorsement.  Chief Instructor, Sylvester Thomas, is excited about the new development